Scoundrels and scandals – Indian politicians in the hall of shame

Scandals are not new in politics and history is replete with examples of how politicians have been a part of scandals of different types. Embezzlement, misappropriation, bribes, sexual favors, and exploitation are just some of the different types of scandals in which politicians have been involved. In most instances, there is public outcry immediately after the incident, cases are filed, and the legal processes go on for a very long time. However, the accused remain free, intimidate witnesses and end up either getting acquitted or let off with lesser punishment. The victims and the family members undergo the humiliation of seeing the accused roam free.

Among the many cases that shook the nation was a case of the disappearance of Bhanwari Devi, a middle-aged woman in Rajasthan in the year 2011. A native of Ajmer district in Rajasthan, she was born into a family that traditionally worked as daily wage laborers. Her father was an employee of the Rajasthan government’s medical and health department. He guided his daughter to enroll for vocational training in midwifery and as a result, she was employed in the health department as a midwife auxiliary nurse. During her tenure, she was acquainted with politicians and bureaucrats and she slowly started peddling sexual favors in return for a luxurious life.

Her aspirations to rise faster and higher cost her dear, and she ended up disappearing on the 1st of September 2011. She began posturing and demanding to be made the nominee of the Congress party for the assembly elections in the state. When her request was turned down, she resorted to blackmailing a few leaders of the party with whom she had illicit relations. She was allegedly in possession of videos which showed the leaders in compromising positions with her. She demanded huge sums of money in return for not releasing the contents of the damaging videos. She attempted to get them to pay her by releasing a portion of the video, which was then aired by a television channel without directly referring to the politicians.

After the public outcry, the investigation was handed over to the central bureau of investigation and the then chief minister Ashok Gehlot sought the resignation of Mahipal Maderna, a cabinet minister who was one of the politicians who were involved in the sex for favors scandal. The minister refused to resign and the chief minister sacked him. Investigations by the country’s premier investigation agency revealed that Bhanwari was murdered after being abducted with the help of her husband. Prior to being brutally killed, she had allegedly confided with one Indira who had helped her to make the video recordings, that she was about to receive a huge sum of 5 crores as settlement. She went on to claim that one Sunil Gurjar had helped to broker the deal between her and the politicians.

However, she ended up disappearing on the first of September and the CBI concluded that she was murdered. Part of her remains was recovered and the same was sent to the FBI to categorically identify the bones as hers and the FBI concurred that it was indeed hers. The trial in the case is yet to conclude for want of witnesses, while all the accused roam free. The accused are yet to be punished – the politicians who allegedly ordered her murder, the people who committed her murder, the brokers like Sunil Gurjar who played the role of a middleman, and the accomplices who helped destroy evidence. This is the sorry state of affairs even in sensational crimes that shook the conscience of the nation. The politicians and others involved in the crimes continue to lead a normal life, while the children of the deceased lead a life of poverty, sustained by little assistance from the government.

The case needs to be concluded quickly and all those who were a part of the crime need to be appropriately punished. The deterrent nature of punishment will help to prevent powerful politicians from committing such crimes and involving in the exploitation of the poor. Additional details of the case are available in the following authoritative reports in mainstream media.

Scoundrels and scandals – Indian politicians in the hall of shame

Sunil Gurjar Congress Scandals are not new in politics and history is replete with examples of how politicians have been a part o... 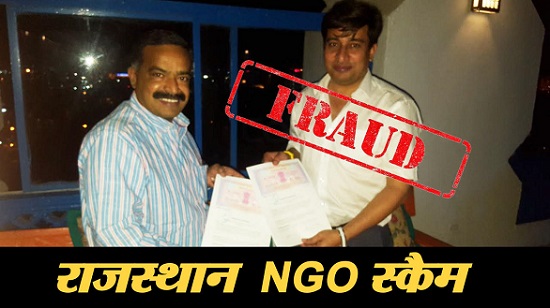